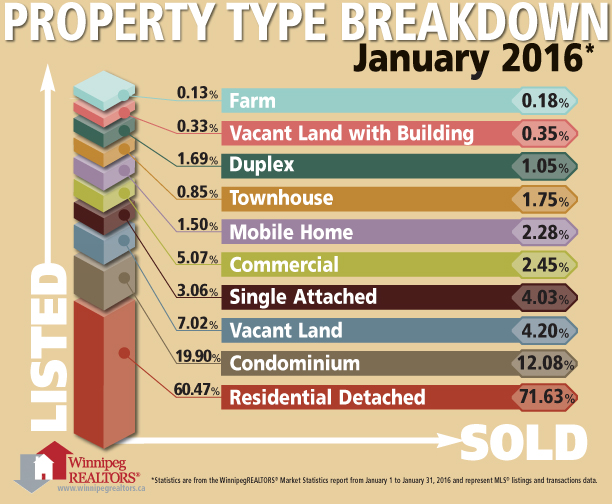 The first month of 2016 is no disappointment in regards to sales activity. The dollar volume for January 2016 was $149 million and was slightly off the January 2015 number of $152 million. The 2016 sales however, were up over the totals for the same period in 2011 through 2014 inclusive.

There are definite indicators of a changing market and the overall performance reflect a balance in the marketplace. The number of listings, the days on market and the sale to list price ratios are all changing to reflect a new stable market reality.

At the end of January 2016 there were a total of 3,406 listings in the MLS® system, 1,519 of these listings were entered in the system in January. This total listings number is far more than the 2,125 listings available in 2011 creating lots of inventory for Manitoba buyers.

The market forecast for 2016 is for a slight increase in sales numbers of 1-3% and home prices to rise from 0-2%. Condo prices are expected to increase the same as residential units at 0-2%.

There are several micro markets with in the city and province. Call me to get more information on your specific location. 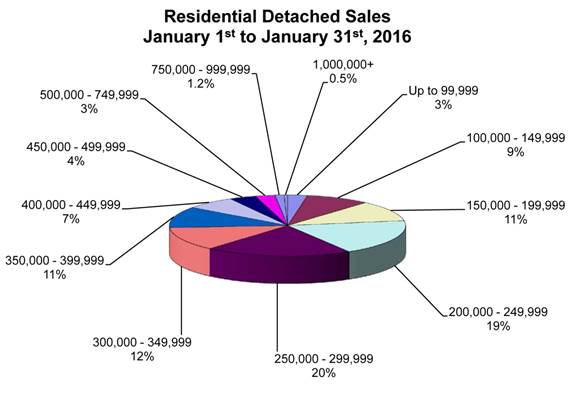