Among the best June sales performances on record!

Since 2007 when for the first time June sales surpassed 1,500, this level has become the new benchmark upon which June is judged.  At 1,509 MLS® unit sales in June, over 1,500 sales have occurred three times after 2007 including last year when there were 1,515 sales. There is only a 55 unit sales difference or over 3% higher sales activity in the record-setting June 2008.

Not much difference on a year-to-date basis either.  Year-to-date sales are running less than 1% ahead of last year with 6,502 sales. This total is only off 7% from 2007, which at the halfway mark and year end holds the highest unit sales level in WinnipegREALTORS® 112-year history.

This reinforces why Winnipeg’s real estate market may lack the excitement of other housing markets because it’s so steady and stable in generating similar results every year.

“In all honesty, our Winnipeg market can be quite boring due to how  remarkably close the month end numbers are in comparison to the same month  the year before,” said WinnipegREALTORS® president David MacKenzie.  “I will take that result any day over the uneven swings which occur in some other major Canadian markets.”

A byproduct of this stability is more affordable house prices. In RBC’s most recent housing affordability report  which has been compiled since 1985 and-captures Manitoba’s proportion of pre-tax household income needed to service the costs of owning a home at market values , condos fared better with bungalows and two-storey homes going up marginally. In conclusion, RBC says “affordability measures remain remarkably close to long-term averages”. Sound familiar?

Speaking of average house prices, they are very much in line with last year at the half-way mark of 2015.

There is no breakout like this for condominium sales; however, the year-to-date average sale price of $241,029 is up over 1% from the same period in 2014.

As indicated in the 2015 annual MLS® forecast, a plentiful listing supply will ensure well balanced market conditions prevail and therefore keep a lid on increasing house and condominium prices. 13,728 listings have been entered on the MLS® this year, an increase of 14% over 2014. Based on brisk sales activity in June, there is an inventory of approximately four months going into July.

Reflecting how prices are being kept in check is the similar dollar volume this June compared to last June. Dollar volume eked out an ever so slight edge over 2014 (less than 1%) with a record-setting $416 million for this month and one of the highest monthly totals on record. Year-to-date dollar volume of nearly $1.8 billion is up less than 2% over the same period in 2014. It is the highest level on record for the first six months.

Owing to a healthy supply of MLS® listings and historically low mortgage rates, buyers are continuing to capitalize on choice and rates or choice rates if the property they have long sought after is available for sale. Demand is holding up well too with one of the lowest unemployment rates in the country at 5.6 % and continued population growth fuelled by strong immigration. Manitoba’s real GDP is expected to grow 2.3% in 2015, making it the third best among provinces and above the national average of 1.8%.

“Given the outstanding selection of listings available throughout the city and entire capital region, it behooves buyers to see for themselves and call their REALTOR® for their expert advice,” said MacKenzie. “REALTORS® know the market and can give you quick access to new MLS® listings. Your chances of finding what you want have never been better – resale or new properties.”

MLS® property type breakdown shows condominium sales in June were only down 6% in comparison to last June. This is a vast improvement over some earlier months such as February and April when they were well off last year’s sales activity.

“We surveyed our real estate brokers recently and the majority of them felt the introduction of the new Condominium Act on February 1, 2015 had some impact on sales,” said MacKenzie. “Everyone involved in the condominium sales process is adjusting to the new requirements of the Act so our expectations are to see sales numbers perform better in the second half of 2015. Let’s not forget either an increased supply of affordable residential-detached homes competes directly with condominiums.”

Year-to-date sales show residential-detached units up 5% while condominiums have decreased 15%. 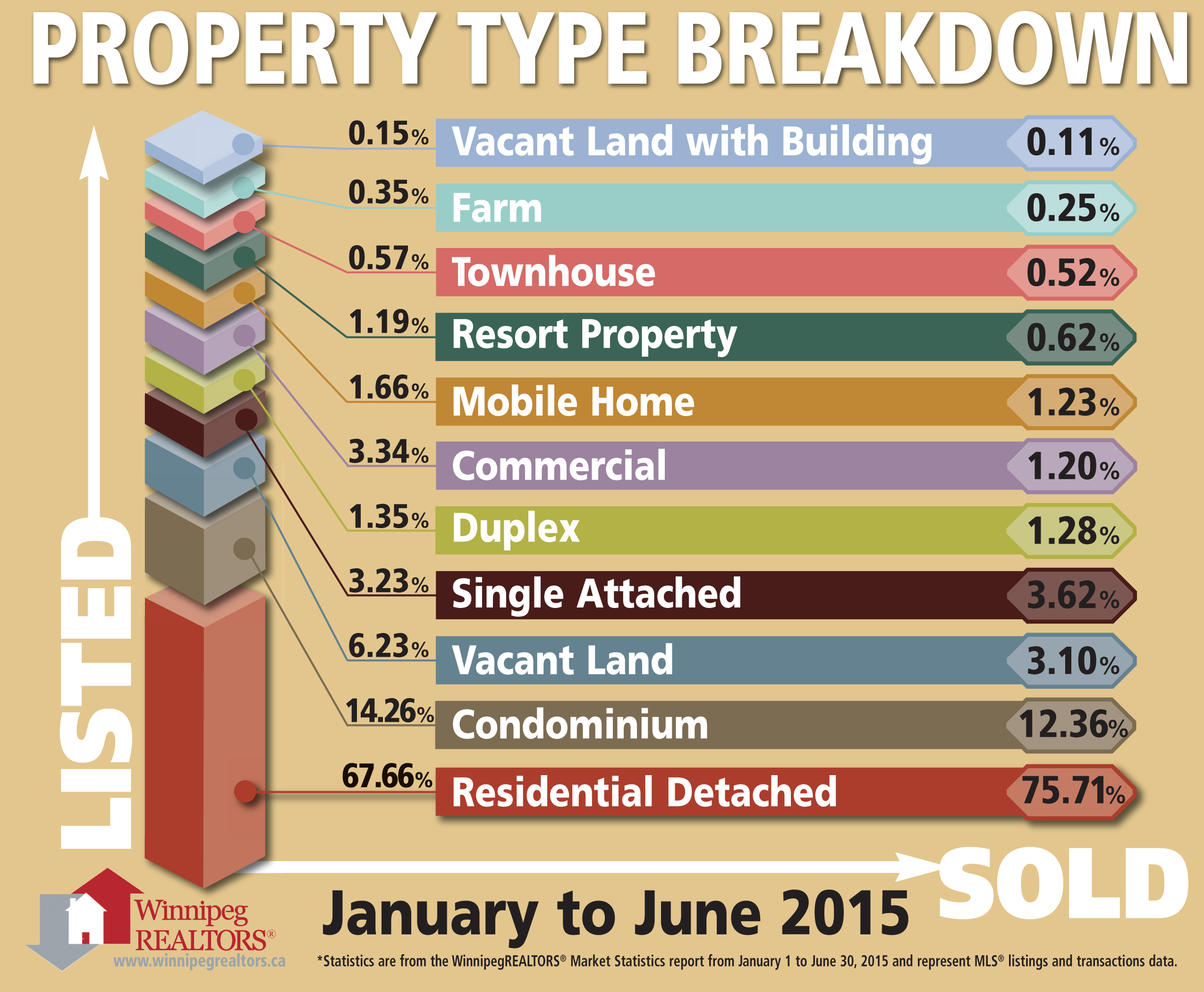