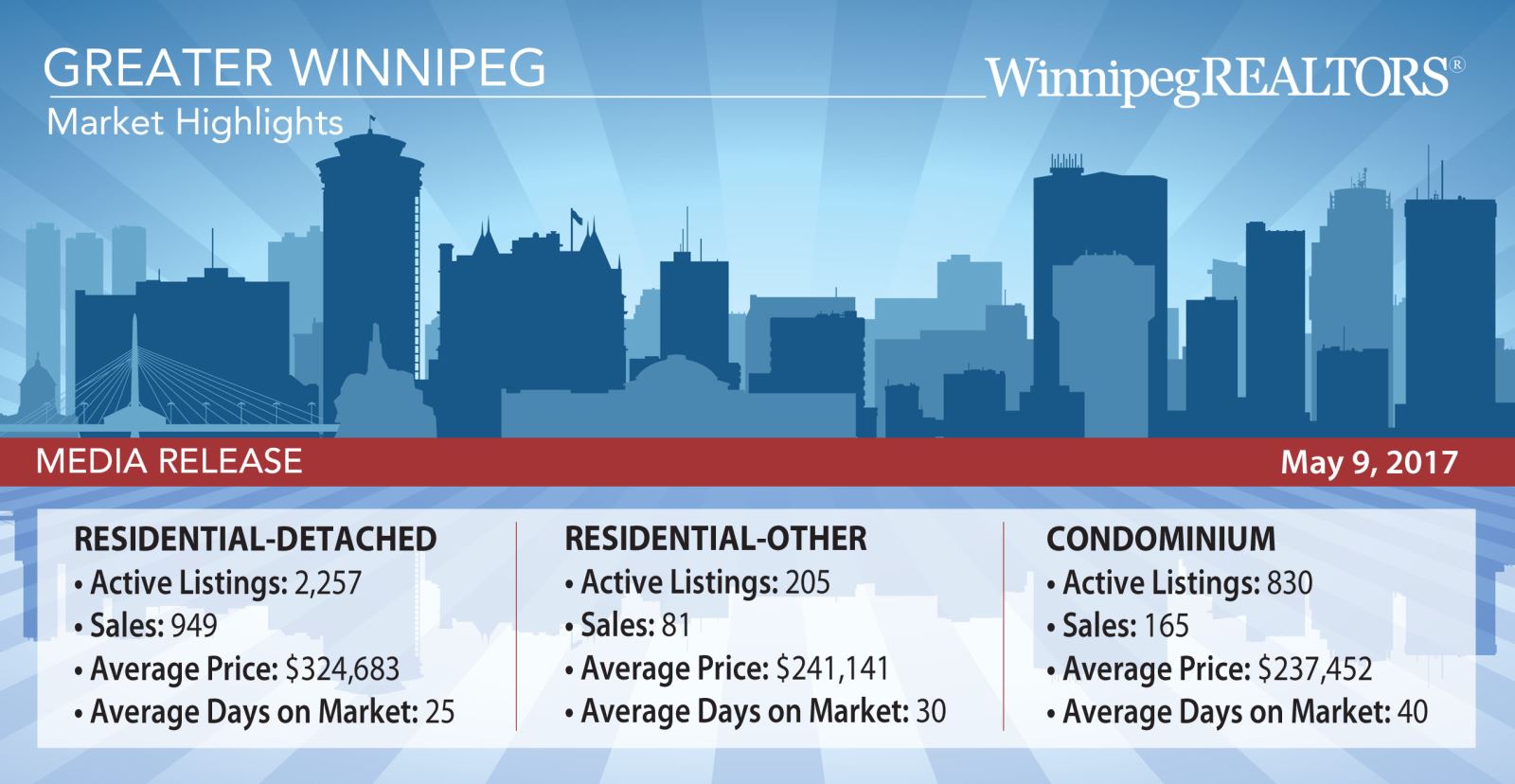 After a solid first quarter of MLS® sales activity, April sales were more subdued. Unit sales of 1,300 were down 5% from a record April in 2016 but still up 2% over the 10-year average for this month.

MLS® dollar volume decreased 1% in April however for the first four months is up 2% to $1.08 billion. New MLS® listings in April fell 5% while the inventory or active listings at the end of April is down 7%.

The percentage of new listings being converted to sales is in line with April 2016 when the equivalent of over 53% of the 2,439 listings entered on the MLS® in April were sold.

The drop off in sales activity compared to April 2016 was most noticeable in the first-time buyer market segment. WinnipegREALTORS® has identified a concern regarding the new stress test on insured mortgages and its impact on buyer qualification

“April is the kickoff to our spring market and first-time buyers are a driving force to generating sales activity,” said Blair Sonnichsen, president of WinnipegREALTORS®.  “We are now learning first-hand how tougher mortgage qualifications and higher insurance fees are making it more difficult for this buyer segment to purchase a home.”

Another new development this year which helped propel higher end sales was the City of Winnipeg’s impact fee which came into effect on May 1, 2017. There have already been 15 sales of homes valued over $1 million and six of those are new or to be built homes in the Waverley West MLS® area. It is clear buyers are advancing their plans to commit earlier this year to avoid paying the impact fee ($500 for every 100 square feet).

It is also apparent from examining April sales activity that vacant lots in rural municipalities benefited from the onset of higher fees in Winnipeg as there was a jump of 27% in vacant lot sales from April 2016. The vast majority of those are located outside Winnipeg.

“In an ever-changing real estate industry with new technology, regulations and market conditions, you need to be contacting a REALTOR® who can provide you with their professional advice and market expertise,” said Marina James, CEO of WinnipegREALTORS®. 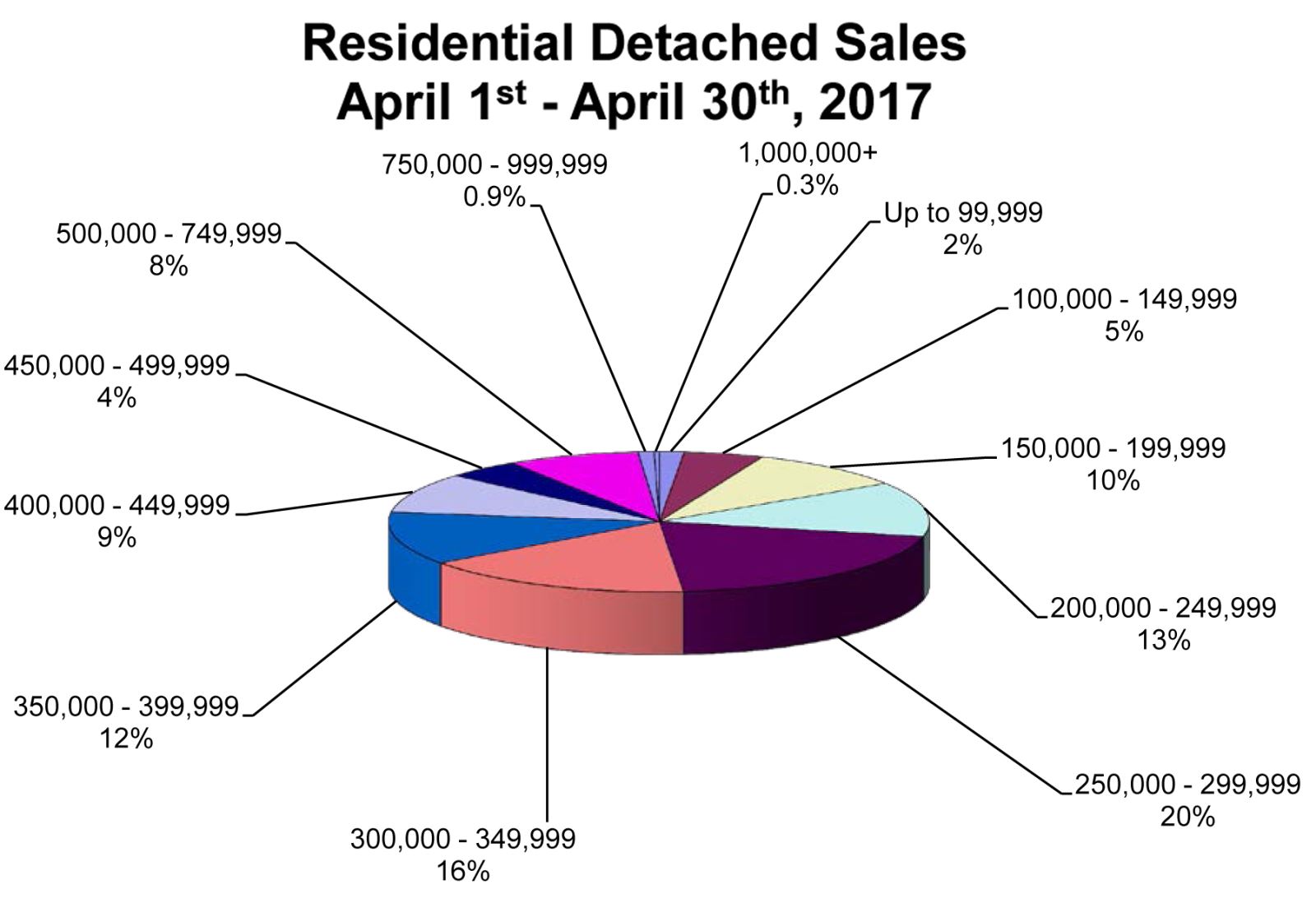